The exhibition of paintings by Jovice Prodanović at the Hotel “Lipik” in Lipik (Croatia) in 1990. Jovica dedicated this exhibition to his parents, father Pajo and mother Vuka, and his brother Branko, who died during the Second World War. 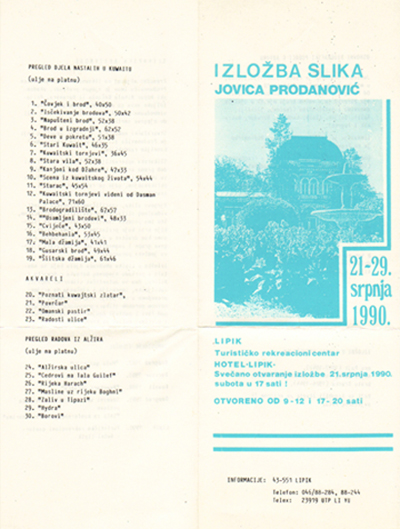