The exhibition of paintings by Jovica Prodanović in Daruvar (Croatia) at the Cultural Centre in 1983. The exhibition was opened by Nikola Kečanin, an academic sculptor. 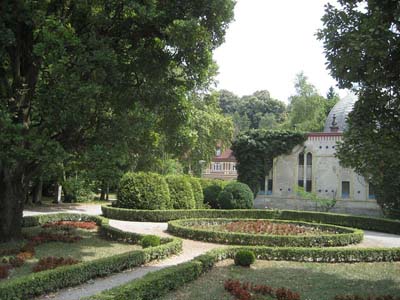 The first generation of Daruvar’s Gymnasium „Maršal Tito“,  which I belonged to, was celebrating its 25th anniversary. On this occasion I offered to organise an exhibition of my paintings. A special reason for this was the fact that my talent and inclination towards painting had been discovered and fully supported by my then professor of art – academic scluptor Nikola Kečanin, who opened my exhibition. Nikola Kečanin, born in Čepin near Osijek (1913 – 1985), had a crucial influence on my orientation towards painting. He was a remarkable personality. As a young sculptor, before the war he lived and sculpted in USA and France. He was a leftist by ideological orientation, a brilliant expert on the history of art and philoshopy. He owned a rich collection of literature on these subjects. He participated in the partisan movement in Western Slavonia. He has sculpted a large number of statues across Slavonia, of which most have been destroyed during the most recent war. He enabled the author of this exhibition to model sculptures in his atelier. He made available and instructed him on literture of art history and philoshopy. The friendship of these two personalities lasted till the end of Nikola Kečanin’s life.